Dare to be Ditzy 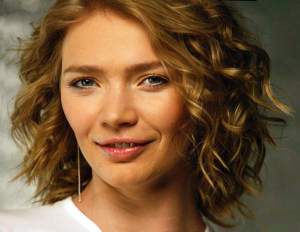 Last night I watched a BBC3 documentary called I Believe In Miracles (part of a series where various celebrities proclaim a belief in something a bit spooky or unlikely), which followed Jodie Kidd as she explored the world of miracle healing, travelling to Nepal to meet various shamans, and talking to the people they’ve helped. Apparently this journey was inspired by her belief that crystals helped her to overcome her crippling panic attacks, when conventional medicine could do nothing. I’m already a bit “hippy-dippy” myself, so naturally I was on her side from the start, but I can’t say that I saw anything especially mind-blowing. At one point a shaman told her that she had eaten something that upset her, but she hadn’t… then a few days later, just as she was leaving the country, she came down with salmonella. She proffered this as proof that the shaman had some supernatural insight into her health… but the fact is that in between those two events, she’d gone off camping with another bunch of shamans in an isolated forest, where they sacrificed a live chicken by pulling its head off, and kept her awake all night with their ritualistic drumming… and I couldn’t help wondering what she’d been eating and drinking up there in their retreat. I’m not a cynical man, and I don’t know anything about bacterial infections, but I think it’s entirely possible she contracted the food poisoning after her visit to the first shaman, right? 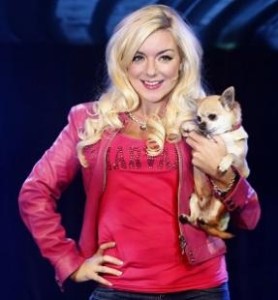 To be perfectly honest, although I went into it hoping to get the doors of my perception blasted wide open, my main reaction to Kidd and her exploits was, “Aw, bless her”. Which is terribly patronising, I know, but she seemed so sweet and credulous, it was hard not to fall for her a little. Not to say she’s stupid, of course… I mean, she earns an absolute packet through her various sporting and media endeavours, doing work she loves, so clearly she’s no fool. Nevertheless, she set me thinking about Intelligence, Wisdom and Charisma… which, as any Dungeons & Dragon player will tell you, are very different attributes. As a wannabe feminist I know that the general thrust of the argument for Equality often tends to foster the impression that women need to become as bullish and boring as their male counterparts to succeed, at the expense of their funner, (so-called) “feminine” traits. Legally Blonde has forced its way back into my consciousness recently… the musical adaptation having recently opened in that London, starring the very funny Sheridan Smith… and I’m not really sure if that story has anything to teach us on the subject, but it’s interesting that the “happy ending” involves ‘Elle’ finding a workable balance between her intellectual side and her more frivolous, frillier side. 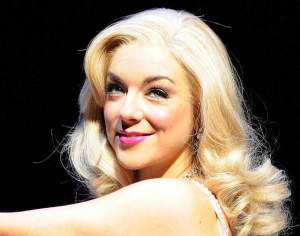 I am, I admit, a bit of a ditz myself. I have enough moments of demonstrable intelligence to be given the benefit of the doubt by most people, but the truth is that I still spend far too much time checking online horoscopes and worrying about my hair… so when pompous, imperious types (of any gender) start getting pedantic and patronising, I know which side of the IQ-divide I’d rather be on. I’ll take ditzy-but-sweet over smart-but-mean any day of the week. I once heard an academic-type claim that a plumber who’s read Shakespeare is a better plumber for it, and I’ve never forgotten that line, because I’ve never really understood it. I’d argue that a plumber who’s read a book about plumbing is better than one who spends his free time poring over sonnets, but that’s being a little facetious, I think. Is a person who’s read the classic canon of English Literature really a better person for the experience? And in what sense “better”? I certainly don’t think it makes them a nicer person…. and anyone who’s read Stephen Fry’s autobiography (Moab Is My Washpot) will know that a fancy formal education doesn’t necessarily make someone more socially responsible or law-abiding either.

In fact, The Tao of Pooh (by Benjamin Hoff) puts forth a powerful argument in favour of adopting a “simple minded” attitude to life… and most spiritual texts also tend to encourage the reader to quiet and soothe their mind, rather than fill it up with trivia and nonsense. It doesn’t matter how many polysyllabic words you know, if your ultimate destination is a state of being beyond words. Enlightenment involves unlearning everything you’ve been taught up to that point, and finding ways to filter out all of the crap that you’re being bombarded with on a daily basis… to return to an almost childlike state of open-minded acceptance and unconditional love. Not to the point of walking in front of cars because you believe the angels will protect you, or anything crazy like that… but you’re never going to get anywhere worthwhile by being a killjoy curmudgeon either.

A comic book writer with an interest in feminism, philosophy, and affirmative action.
View all posts by Dee CrowSeer →
This entry was posted in Rants about Books, Rants about Films, Rants about TV and tagged Enlightenment, Feminism, I Believe in Miracles, Jodie Kidd, Legally Blonde, Legally Blonde: the Musical, Sheridan Smith, The Tao of Pooh. Bookmark the permalink.
%d bloggers like this: