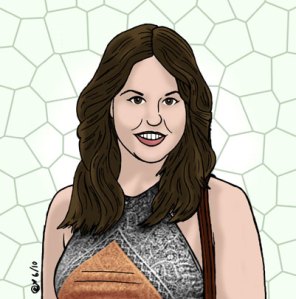 Ah… The Exorcist. Is there any point ragging on a much-loved classic, that has won awards I’ll never even get a sniff of? Probably not, but what else are blogs for if not to arrogantly opine about pop-culture? I can understand how, in a darkened cinema that encourages total absorption in the experience, this film could scare the bejeezus out of countless audiences over the years… but sat in my bedroom, on a sunny afternoon, with the birds tweeting merrily outside my window, it didn’t really make much of an impact. It probably doesn’t help that I saw the parody version, Repossessed, so many years before the film it was spoofing. There were, of course, a number of very disturbing images and ideas contained within the film, and there’s no doubting the commitment (and very real suffering) of the cast… but there were also several scenes that fell flat, fizzled out, or felt uncomfortably disjointed. It is probably a very good adaptation of the original novel, but as with so many adaptations (and biopics alike), too much story was compressed into too fractured and tight a timeframe. If I was ever asked to redraft the script (unlikely, I know… but go with it), then I’d keep the focus firmly on ‘Regan’ and the effect that her growing obsession with a spooky imaginary friend, and the onset of an unidentifiable “illness”, has on her family. Running parallel to that, I guess you do need to establish an exorcist character, and the weak points which the demon will try to exploit during the exorcism itself… but really, I think the corruption of Regan is a far more powerful story than that of a priest losing his faith. Anyone with children (or younger relatives) can identify with a mother’s despair at watching her cute, perky daughter turn into a scaly, sweary monster… but very few of us in this secular society can identify with a holy man doubting his calling.

During my research, I found an interesting undergrad essay which makes a fairly convincing case concerning the film’s misogyny. I’d be inclined to believe that Blatty made the victim of possession a girl because the real case he was drawing inspiration from involved a boy, and he was trying to keep his word not to upset or expose the family to undue attention… but that doesn’t excuse all of the charges made in the essay. Sometimes a cigar is just a cigar, as they say, but I think this reading of the text makes a lot of sense. So… maybe instead of a patriarchal priest, I’ll have a Buddhist nun in my remake? I figure all they need is the strength of mind to see through the demon’s lies and deceptions, and the strength of spirit to retain their faith in the power of goodness to overcome evil… right?

The first sequel, Heretic, sees Regan return as a troubled teen plagued by nightmares, and apparently in possession of vaguely defined psychic powers. Or something. As far as I can tell they were saying she always had this psychic potential, and that’s why the demon chose her in the first place… which rather undercuts the “it could happen to anyone!” menace of the original premise, sadly. Apparently Heretic isn’t very well regarded by many fans of the first film… although Martin Scorsese and noted film critic Pauline Kael have praised it highly, and even go so far as to suggest it’s superiority! At least Regan had more of a pro-active attitude this time around and even got a few “hero” moments to herself. Personally, I found the plot and dialogue rather preposterous… and not always in a good way… but there were some very impressive artistic flourishes. I’d certainly say it was the most aesthetically pleasing of the five films… that’s partly down to the sets, costumes and cinematography, of course, and partly down to the blossoming of Miss Linda Blair, who is just ridiculously cute in this film. I find it hard to believe that a woman with her chipmunk cheeks was cast in so many badass “tough chick” roles. It would be like casting Amanda Bynes in place of M-Rod… it just doesn’t compute! Did she get typecast as a “genre” actress, or did that pesky Pazuzu curse her career somehow? Because the way I see it, she had “chirpy rom-com lead” written all over her baby face. Then again, I haven’t seen Roller Boogie yet… maybe she had a compulsive tendency to vomit on actors during kissing scenes or something?

A comic book writer with an interest in feminism, philosophy, and affirmative action.
View all posts by Dee CrowSeer →
This entry was posted in Rants about Films and tagged complete anthology, Exorcist, Heretic, Linda Blair, Regan MacNeil, Repossessed, sequel. Bookmark the permalink.