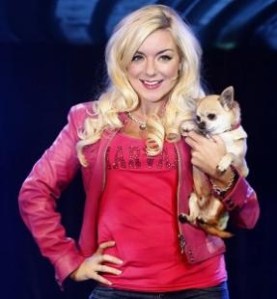 As we all know, awards are meaningless… except when they’re given to the right people, and we plebs get to goggle at the celebs who get all gussied-up for the ceremony! Sadly, I’m having a hard time finding any decent photos from last night’s Whatsonstage.com Awards, where Sheridan Smith was crowned “Best Actress in a Musical”, for her turn as ‘Elle Woods’ in the all-singing-all-dancing version of Legally Blonde. Apparently she also co-hosted the event, along with Miranda Hart and Christopher Biggins, so it sounds like it was probably a fun night… or as fun as any awards ceremony can be, I guess.

Apparently Smith left Legally in January, and her next project will be a musical adaptation of Bridget Jones’ Diary… which may or may not have a score co-written by Lily Allen!

A comic book writer with an interest in feminism, philosophy, and affirmative action. He/him.
View all posts by Dee CrowSeer →
This entry was posted in Rants about Films, Rants about Music, Rants about Theatre and tagged Elle Woods, Legally Blonde, Lily Allen, Sheridan Smith. Bookmark the permalink.