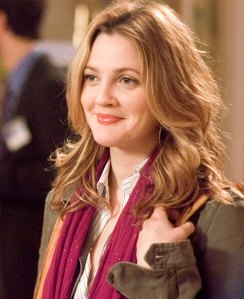 [Written in the key of SPOILERS!]

Off the top of my head, I can’t think of many recent rom-coms centering around a creative partnership, so Music and Lyrics (2007) definitely has that going for it… and I think Hugh Grant gives a very funny and charming performance as the leading man… but I had some issues with Drew Barrymore’s character that fatally undermined my enjoyment of this movie.

For those who don’t know, Grant plays ‘Alex Fletcher’, an affably snarky “has-been”, who trades on his fame as an 80s pop star by performing his mothballed hits for fawning middle-aged fans at carnivals and conventions. He doesn’t seem especially bitter about the hand that fate has dealt him, and is happy to give his remaining admirers a decent show… but when the opportunity to write a new song for a hugely successful teen pop sensation comes his way, he jumps at it feet first. The only minor hiccup is that he’s exclusively a composer, and can’t write a lyric to save his life (or his professional pride). Enter the “bubbly”, babbling Barrymore, as ‘Sophie Fisher’, a flunky who is apparently paid to water the plants in his apartment (!), and inadvertently reveals a gift for poppy poetry. She agrees to help him write the song, they slowly fall in love, yadda, yadda, yadda. As I say, this premise appealed to me as an artistic, romantic type… but I felt that Sophie’s backstory rather undermined the emotional arc of the movie. 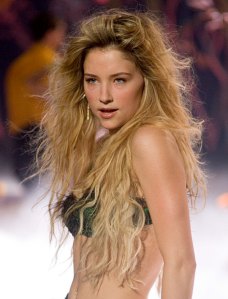 To summarise: Back in the day, Sophie was a creative writing student, who struck up a relationship with her English professor, and then got unceremoniously dumped when the woman he was secretly engaged to returned from her travels abroad… naturally Sophie was upset, but rather than apologising for his behaviour, the cad chose to write a thinly veiled “roman a clef” novel, which placed all of the blame for the affair on Sophie, depicting her as a manipulative vixen, and a derivative hack. Somehow, the novel became a best-seller which haunts her from every bookshop window in the city… hence her initial reluctance to collaborate with Alex. Obviously we can all empathise with characters who’ve been screwed over by ex friends or lovers, but I think it takes a bit more of a stretch to sympathise with someone who’s been screwed over in such a relatively bizarre, and rarefied way. I mean, obviously she recognises herself as the main character in the novel… but how many other people would? It’s not like he posted smutty photos of her on the internet! It just seemed too far removed from ordinary experience to stir up much pathos… especially since we were already dealing with a faded pop-star and his ludicrously short deadline for career redemption.

In a lot of rom-coms, there’s often a moment where one party discovers that the other party has wronged them somehow… they have a falling out, part ways, and then the guilty party has to make a huge gesture to win their true love back, and earn their forgiveness. It’s a key element of the formula… but here the “betrayal” is that Alex wants to compromise the artistic integrity of the song they’ve written together, in order to ensure that it sells, much to Sophie’s disgust. ‘Kay. Then they have a row, during which Alex admits that he read the professor’s novel, and agrees with its characterisation of Sophie as a scheming beeyatch. And, yes… I can understand why all of that would upset her, and if it happened to an actual friend of mine I’d be totally on her side… but purely in terms of telling a good, engaging story, him admitting to reading a book that said mean things about her doesn’t really pack the same visceral, heartbreaking punch of him sleeping with her sister, or killing her cat, does it? It all just seemed a little too abstract. I’d have been much happier if Sophie had been a simple, working class gal with a previously untapped talent for wordsmithery, which Alex exploits under the guise of enlightening her… they start to develop feelings for each other, but then an egotistical pop-diva seduces him, and Sophie finds out, and then he has to invade the stage during a live concert, and risk getting tasered by security, simply to plead with Sophie to take him back. Or something like that. I’m not saying that’s an especially original storyline, I’m just saying it probably would have squeezed some tears out of me, while this one left me distinctly dry in the eye department.

To be honest, I never really warmed to Sophie at all… when she first appeared I found her quite irritating, but I couldn’t figure out if that was because of the way the character was written, or because of the way Barrymore was playing her. Whatever the case, I couldn’t help fantasising about how much funner it would’ve been if Zooey Deschanel had taken her place… especially for the singing scenes. I’m sure we were supposed to find Sophie utterly “adorkable”, and no doubt many audience members did, but to me Barrymore just seemed to be doing a broad impression of a dork, rather than embodying one (if you see what I mean). There didn’t really seem to be much going on behind the babbling and the self-pity. And who the hell hires someone solely to water their plants? Is it a union thing? Do cleaners refuse point blank to spray a little tap water at green leafy things as they’re wiping the windows? Meh. Inevitably, I’d say my fave female cast member was Kristen Johnston, who plays Sophie’s older sister ‘Rhonda’, and got some solid laughs out of me as she casually henpecked her husband, and had a full-on fangirl meltdown over meeting Alex, her former celebrity crush. Haley Bennett was certainly very eye-catching [ahem] as the scantily-clad pop princess, ‘Cora Corman’, but I’m still not sure what they were going for with her character… at times she came off as slightly spaced out (over-medicated?), while at others she was presented as more supportive and friendly… a hyper-sexualised fembot, but also a hopeless romantic? Whatever the joke was supposed to be, I’m not sure it landed. I enjoyed Bennett’s musical contributions here though, and I’d be curious to see how she fared playing a more consistent, fleshed-out character.

A comic book writer with an interest in feminism, philosophy, and affirmative action. He/him.
View all posts by Dee CrowSeer →
This entry was posted in Rants about Films, Rants about Music and tagged Drew Barrymore, Haley Bennett, Kristen Johnston, Music and Lyrics. Bookmark the permalink.