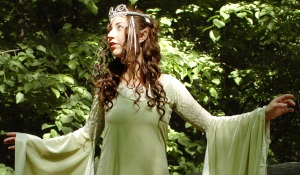 The other major find I found while scrounging around the charity shops last week was the first season of Flight of the Conchords for just three pounds! Bonza!

Having already given the lie to the notion that the second season saw a drastic drop in quality/hilarity, I now realise that this initial impression was simply a result of the novelty having worn off a little between the two seasons. That said, this batch does contain my favourite episode of all time… largely because it contains the highest concentrated dose of ‘Mel’ (Kristen Schaal) acting crazy! 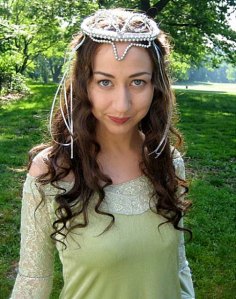 In ep. #1.10 the eponymous musical duo play a quickly curtailed set at a “World Music Jam”, and somehow manage to attract the attention of two new fans, named ‘Summer’ (Sarah Burns) and ‘Rain’ (Heather Lawless). Naturally the fact that they’re unmarried and relatively sane immediately gives them the edge over Mel, when it comes to competing for the band’s affections… especially when they play the ole “lipstick lesbian” card, by kissing in front of the boys and talking about threesomes. I couldn’t help feeling sorry for Mel when these horny interlopers horned in on the private dinner she’d won with the band… even after the rather disturbing revelation of how she and long-suffering hubby ‘Doug’ (David Costabile) first hooked up. Still, it was hilarious seeing her being so hostile towards her more eligible rivals… and the way she interrupts Bret in the downstairs toilet, then lovingly clings to the door as she reluctantly withdraws, is pure comedy genius. This episode also features Bret taking an inadvertent acid trip, soundtracked by a pitch-perfect Donovan pastiche called “Prince of the Parties”… which appeals to both the comedy fan and the hippie in me. Meanwhile, my second favourite Mel moment of this season would have to be the scene in ep #1.11 where she helps the boys film a Lord of the Rings tribute video, by dressing up as ‘Arwen’ in a long curly wig and velvety dress. Hotcha! 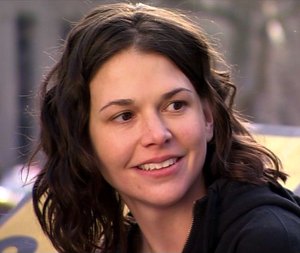 Besides Burns and Lawless, there were plenty other notable actresses putting in cameos as potential Conchord love interests: The pilot episode introduces us to ‘Sally’ (aka “The Prettiest Girl in the Room”), played by Rachel Blanchard… whose return in ep #1.5 prompts Jemaine to sing possibly the greatest “sexy” love song ever written, “Business Time”. Ep #1.2 sets Bret up with the most genuinely sympathetic and straight-up adorable female character in the show, ‘Coco’, played by Sutton Foster… bless her. In a later episode Bret and Jemaine serenade her with a song titled “If You’re Into It”, which I was very disappointed to find wasn’t included on the soundtrack CD. Fun fact: Foster is a two-time Tony Award winner with a gorgeous voice, so it’s a shame she didn’t get to sing any solo numbers during her three-episode arc. In ep #1.8, Jemaine drags Bret along to be his “wingman” while he flirts with a couple of croissant shop cuties, played by Eliza Coupe and June Diane Raphael. It’s fun to watch Coupe playing the caddish sexual aggressor who cajoles a reticent Bret into giving her some “sugar”… while Raphael happily calls Jemaine’s bluff when he attempts to play as “hard to get” as his bandmate. The two femmes also get to participate in a very funny musical number, “Foux du Fafa”, where they lip-synch along to nonsensical phrase-book French. Fun!

Oh, and Kate Pierson (of The B-52s fame) has a very brief cameo as a disgusted ‘Club Owner’ who slams a door in the band’s collective face, during their ill-fated warm-up tour, in ep #1.09.

5 Responses to Folk You