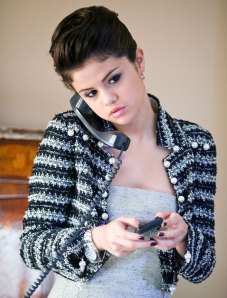 The opening scenes of Monte Carlo (2011), starring super-cute Selena Gomez, suggest that it’s going to be quite a grounded, bitter-sweet comedy about two sparring step-sisters growing closer while tooling around Paris on a parent-free trip… but then when they get to the City of Lights, it became a much broader, slapsticky cartoon, with Gomez’s character being mistaken for a wealthy English socialite, and taking her place at a fancy charity function in the eponymous resort. The two clashing tones of comedy and drama seemed quite a clumsy fit at first, but once the film finds its feet, it’s actually quite good fun.

Besides being ridiculously cute, I really think Gomez is a great comic actress, and her take on the upper-class-English-bitch archetype was pretty damn convincing. I’d like to see her stretch herself more like this, playing dual characters and such, because she seems to have a lot of natural talent and charm. Her inconstant travelling companions are played by Leighton Meester and Katie Cassidy… both of whom appeared in Gossip Girl together. In her earlier, grumpier scenes, Meester kept reminding me of someone else… I couldn’t put my finger on it at the time, but I think it was probably Natalie Cassidy, of “Two Pints” fame. That distraction aside, she and t’other Cassidy were very engaging and funny and banter-riffic. 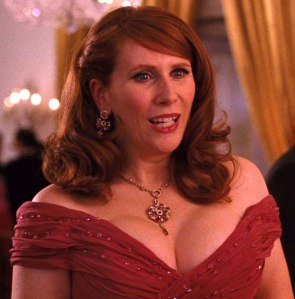 Meanwhile, the AWOL socialite’s suspicious ‘Aunt Alicia’ was played by veteran comedienne Catherine Tate, with mondo cleavage and a slightly unconvincing RP accent. Obviously Tate is a very funny woman, and I liked the way she played her character, but I’m still not sure she can really pull off “posh”.

In a classic demonstration of my total lack of taste, Rotten Tomatoes gave this flick 38%, while Metacritic gave it 43%… and I admit it’s kinda silly, but it’s also very sweet and good natured, and succeeds on its own level as a sunny, sight-seeing rom-com. So there.