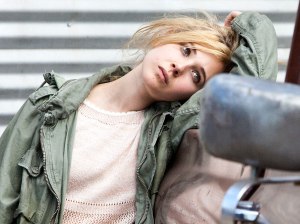 I don’t take any pleasure in profiting from the misfortune of others… but when I saw that our local Blockbusters was having a “closing down” sale, I did a get a little excited about all the bargains I might pick up. Aside from a couple of Tilda Swinton flicks (We Need To Talk About Kevin, and Julia), the purchase I was most proud of was an ex-rental copy of Killer Joe (2011) for three pounds flat! Hurrah!

This controversial, darkly-comic thriller stars Matthew McConaughey as the eponymous hitman, hired by a sleazy, scheming son to snuff out his estranged, alcoholic mother, in exchange for a cut of the life-insurance money… which, if all goes to plan (ho ho!), will be bequeathed directly to his younger sister, ‘Dottie’. Joe doesn’t generally take jobs on spec, but he decides to make an exception in this case, and claim Dottie as his “retainer” until he’s paid in full. Cue a warped and weirdly tender courtship between the cold-blooded cut-throat and the dreamy young damsel. 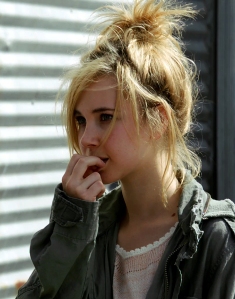 I don’t generally like misanthropic movies where all of the characters are presented as mean-spirited idiots… and I’m sure there are some viewers who might apply that description to *this* film, but I really think it’s redeemed by Dottie’s sweetness, and the sensitivity she brings out in those around her (especially Joe). She even helps to take the curse off the murder plot, by revealing that when she was a defenceless infant, her mother tried to smother her with a pillow, fearing that her daughter would someday grow up to be prettier and more successful than she was! Dottie may not always be the most coherent of characters, but there’s a homespun poetry to the way she speaks, that belies her “trailer trash” upbringing. Of course, it probably helps that she’s played by Juno Temple, one of the smartest and bravest young actresses on the block… and you have to tip your hat to the woman for being so willing to bare herself for the camera, time and time again. That goes for Gina Gershon too, in the role of Dottie’s step-mother ‘Sharla’… because there can’t be many actresses who’d agree to go *bottomless* in their first scene, just to casually answer the door of the trailer to a potential stranger. 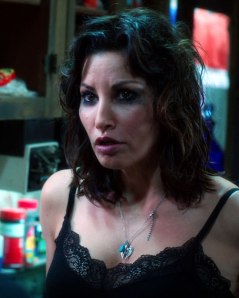 Before I watched the film for myself, I’d heard some vague spoilers about a scene involving a chicken leg and some sort of sexual violence, and I’d built it up in my mind to be a lot worse than it actually was. I mean, yes, it’s unpleasant and unsettling… but considering what ‘Regan’ got up to with her crucifix in director William Friedkin’s adaptation of The Exorcist, it could’ve been a helluva lot worse! Despite my initial wariness, I found myself laughing with this film far more often than I winced at it, and was hugely impressed by McConaughey’s performance in the lead role. Up until now, I’ve mostly seen him playing laid-back, likeable dudes in cheery rom-coms and family-friendly adventure flicks, so it’s a revelation to see him turn down the thermostat, and take a walk on the chillier side of the street for a change. Shiver.

A comic book writer with an interest in feminism, philosophy, and affirmative action. He/him.
View all posts by Dee CrowSeer →
This entry was posted in Rants about Films and tagged Gina Gershon, Juno Temple, Killer Joe, The Exorcist. Bookmark the permalink.