Having run out of proper TV shows to watch over lunch, I decided to check out a new Amazon pilot called The Cosmopolitans, which is billed as “a dramatic comedy about a group of young American expats in Paris searching for love and friendship and an ocean of distance from their past”, and co-stars Chloë Sevigny. Considering the setting and the subject matter I thought it might be right up my ruelle, but I couldn’t actually make it through the entire 26 minutes, and had to turn it off halfway through. I know it’s not fair to review something you haven’t watched properly, but having read a little about the show’s creator, writer/director Whit Stillman, I’m pretty sure that what I saw was a fair sampling of his oeuvre as a whole… and it’s definitely not my cup of tea. To steal a (context free) line from a Salon review of one of his previous films, I’d characterise it as “an insufferably irritating document of privilege”… a mind-numbingly bland slice of upper-class-expat life that made me want to smash things and scream “Death to the nouveau-aristos!!”. Having never seen any of Stillman’s work before, I went in with a fairly open mind, but after a couple of minutes I was praying for the cast of Spiral to come crashing through the scene to arrest everyone for crimes against entertainment, just to break up the boredom and add some blue-collar grit to proceedings. 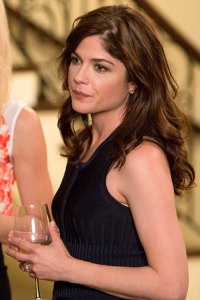 After that I watched Really, which is billed as “a funny, honest, behind-the-curtain look at the psychological and emotional complexities of marriage and the charged dynamics of a tight-knit group of [thirty-something] friends grasping on to what’s left of their youth”… though I’d describe as a slightly less hateful but equally unamusing remake of Married. Maybe I’ve been misled by the length of these pilots, and their use of the word “comedy” in the blurbs, because I kept expecting them to be sitcoms with jokes in, whereas they’re really just half-hour-long windows into the vapid lives of incredibly boring people. I did at least make it to the end of this pilot, but that’s only because Sarah Chalke and Selma Blair were prominently featured in the cast…. though, as I say, they weren’t actually called upon to do anything in the least bit comedic. Meh.

Fun fact: Cosmopolitans currently boasts a 3.4/5 rating on the Amazon site, and several rave reviews, while Really holds a 3.1/5 rating, so clearly there’s an audience for this sort of thing out there… somewhere…

A comic book writer with an interest in feminism, philosophy, and affirmative action. He/him.
View all posts by Dee CrowSeer →
This entry was posted in Rants about TV and tagged Chloë Sevigny, Paris, Really, Sarah Chalke, Selma Blair, Spiral, The Cosmopolitans. Bookmark the permalink.
Loading Comments...