I could quite easily have blown all of my Xmas money on Amazon this year, after discovering their highly tempting “lightning deals” (nothing like bargain-hunting against a ticking clock to get the blood pumping!), but managed to restrict myself to a boxset of Neil Jordan’s The Borgias, which was on sale for just £12! 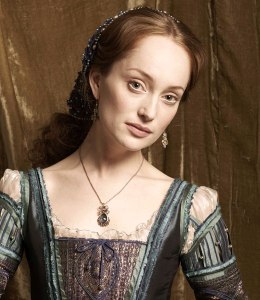 The first season (2011) comprised just nine episodes, with all the major story threads left dangling at the end of the “finale”. Pesky! Overall, I found the show very enjoyable… Jeremy Irons was in fine scene-stealing form as ‘Rodrigo Borgia’ (aka Pope Alexander VI), the scheming matriarch of a dynasty that’s billed as the 16th Century’s answer to The Sopranos… and his attachment to the project attracted a high-calibre of co-stars, to fill out the recurring and supporting roles. It’s also an exquisitely beautiful series, with lush costumes and set-design making every scene look like an old-timey painting come to life! On the down side, there was a fair amount of time-compression (such as when one character gave birth two episodes after the conception, with barely any time for her belly to grow in-between!), which can be quite disorienting, since there were never any on-screen indicators to suggest how much time had passed between key events. The script also played pretty fast and loose with historical accuracy, which I find a little unethical when you’re (mis)representing the lives of real people… but there’s enough action and intrigue to keep things moving along, and stop me staring too hard at the cracks, or worrying about the sillier plot-twists.

I know it isn’t fair to keep measuring period dramas against the peerless Game of Thrones, because they aren’t really in the same genre… but Borgias actually debuted in the same month as GoT, and the central family features a young son named Joffre (which everyone pronounces as “Joffrey”), so it was rather hard to stop my brain from make the comparison.* Especially when it came to ‘Lucrezia Borgia’ (Holliday Grainger), the naive teenager daughter married off to a brutish bully named ‘Giovanni Sforza’, in order to secure his family’s military support for the Borgia cause… just as Daenerys Targaryen was married off to a Dothraki warlord by her brother in GoT. They’re both painfully “deflowered” on their wedding night, and both find sneaky ways to soften their husband’s attitude towards them… in Lucrezia’s case, she inspired a studly stable-boy to loosen her husband’s saddle when he goes out to hunt one day, causing him to fall and break his leg. Sadly, despite Giovanni’s appreciation for the tenderness she shows him during his convalescence, he returned to his marital-rapey ways as soon as he was walking again. Feh! Thankfully, Lucrezia managed to escape from his abusive clutches with the aid of her father’s mistress, ‘Giulia Farnese’ (Lotte Verbeek)… but on the journey home they happened to bump into the King of France, ‘Charles VIII’, who was leading a massive army to sack Rome and depose the pontiff… until Lucrezia hypnotised him into sparing the city, using her inestimable beauty and charm! Hurrah! Given a choice, I’d still rather see dragons setting fire to slave-traders… but I did enjoy watching Lucrezia’s evolution over the course of the season, and thought Grainger gave a very winning and nuanced performance in a challenging role.

As for the rest of the cast: Joanne Whalley played ‘Vanozza Cattaneo’, a former courtesan and mother of Rodrigo’s children, who got frozen out after his papal appointment… Montserrat Lombard played ‘Maria’, a loose-lipped maid who foolishly started gabbing about the Pope’s private life, and ended up getting callously seduced and then stabbed-to-death by the family’s pet assassin (ep #1.2)… Gina McKee played ‘Caterina Sforza’, a noble lady in command of a large army, who ultimately decided not to support the Borgias, despite helping to arrange the alliance between their families (ep #1.3/7)… Ruta Gedmintas played ‘Ursula Bonadeo’ (aka “Sister Martha”), an unhappily married noblewoman who had an affair with the eldest Borgia son, little suspecting that he’d secretly killed her husband in a duel (she promptly scarpered to a nunnery after finding out, but he continues to pursue her) (ep #1.4-9)… and Emmanuelle Chriqui played ‘Sancha of Aragon’, a saucy sexpot (and illegitimate Neapolitan princess) who married the barely-pubescent Joffre, while secretly shagging his elder brother! Tch-tch! (ep #1.6/7/9)

All fine actresses portraying fascinating women, to be sure, but I think my fave character overall was probably Sancha’s half-brother, ‘Prince Alfonso II’ of Naples, played by Augustus Prew. He was bat-crap crazy, of course, but in a fun cackling-his-head-off sort of way… and Prew has a very distinctive voice, that added a sneering edge to his character’s snarky teasing of the various visitors to his castle. (ep #1.3/6-7)

* I’m already three episodes into the second season, and Joffre seems to have been written out completely, without anyone commenting on his absence! Was he excised solely because of his name…? Oopsie!

1 Response to No Place Like Rome 1: Canon vs. Cannon