Although I’ve watched the entirety of 30 Rock several times over, I’ve only just completed my DVD collection with the acquisition of season two (as part of a super-cheap boxset, which allowed me to swap out the older, shelf-hogging versions of S1 and S3 for much slimmer models! Hurrah!). The second season was shorter than its predecessor, due to the infamous 2007–2008 Writers Guild of America strike… though it still went on to score a record-breaking 17 Emmy nominations, and 2 wins for its creator/star Tina Fey (“Outstanding Lead Actress in a Comedy Series” and “Outstanding Writing for a Comedy Series”). Hurrah!

‘Ol’ Liz Lemon’ (Fey) starts the year convinced that the stars are finally aligning for her, but it’s clear that she still hasn’t completely recovered from her messy break-up with “Flower Guy” ‘Floyd’ (Jason Sudeikis). Over the course of the season, she “unconsciously” steals a baby, buys a pre-emptive wedding dress, meets (and then ditches) an idol, dates a boy almost half her age, almost re-ignites two former flames, fails to buy a fancy apartment, accidentally sells NBC to a German consortium, carelessly slags-off her boss to a journalist, briefly sells out to become a corporate Suit, and has a surprisingly moving snack-based pregnancy scare! Goodness, she’s a busy gal. 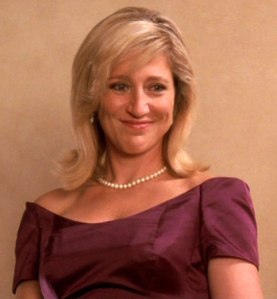 Meanwhile, ‘Jack Donaghy’ (Alec Baldwin) attracts his second recurring love interest of the series: Democratic congresswoman ‘Celeste “C.C.” Cunningham’, played by an Emmy nominated Edie Falco. She only appears in 4 episodes (#2.6/8/10/15) but makes a strong impression thanks to her tempestuous relationship with Jack, and a bizarre backstory involving a rifle-shooting dog and subsequent facial surgery. Jane Krakowski (‘Jenna Maroney’) begins the season wearing an unconvincing torso-only fat-suit, intended to represent Jenna’s weight-gain over the hiatus… but once that sub-plot fizzles out, Krakowski isn’t given much to do (besides belting out a song every now and again, of course), until the finale, in which she records a fantastically self-aggrandising video-“essay”, ostensibly to help ‘Kenneth’ (Jack McBrayer) score a trip to the Beijing Olympics. Note: Krakowski’s episode commentaries with McBrayer are among the funnest ever recorded, and well-worth a listen if you’ve got the time.

Now, on with the laundry list: Oksana Lada appears in ep #2.1 as the ‘Saleswoman’ who sells Liz on the idea of buying a wedding dress first, and then finding a suitable groom to go with it later. Sherri Shepherd debuts in eps #2.2/3 as ‘Angie’, the “sassy” and sore wife of ‘Tracy Jordan’ (Tracy Morgan), replacing Sharon Wilkins from the first season. Carrie Fisher has a hilarious (and Emmy nominated) cameo in ep #2.4 as ‘Rosemary Howard’, a veteran comedy writer who inspired a younger Liz to pursue a career in showbiz, but now represents a terrifying vision of her potential future as a crazy, wine-soaked spinster. The same episode also features Jean Villepique as ‘Suzanne Hocker’, an NBC therapist Jack brought in to help Tracy with his Daddy issues, and Megan Stevenson (aka Megan Blake Stevenson) as a ‘Bikini Woman’ who makes fun of Richard Nixon in the Laugh-In flashback skit).

A partially-nude Paula Pell makes her series debut as Pete’s wife ‘Paula Hornberger’ in ep #2.5, sneaking into Liz’s apartment for kinky sex with hubby… and Madison McKinley makes her screen debut as a ‘Dutch Cousin’ of Ceri’s (Katrina Bowden), attending a rowdy party with the gang. Kristen Wiig appears in ep #2.6 as ‘Candace Van der Shark’, the actress portraying C.C. in clips from a true-life TV-movie about her accident. Laura Lynn Berrios (aka Laura Berrios) appears in ep #2.7 as ‘Beth’, the mother of Liz’s barely-legal boy-toy… the twist being that she’s a dead-ringer for our star-crossed heroine! Fun fact: Berrios is credited as Fey’s stand-in and/or photo-double for 114 episodes of 30 Rock, as well as the movies Date Night and Baby Mama! Reshma Shetty appears in ep #2.8 as the ‘Party Attendant’ at Jack and C.C.’s super-exclusive soiree. 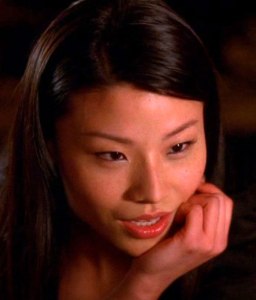 Elaine Stritch returns in ep #2.9 for an (Emmy nominated) outing as Jack’s malevolent mom, ‘Colleen’, intent on sabotaging the seemingly-ideal Lemon family unit. Boo! Meanwhile, Kay Cannon appears as a sickly ‘Human Table’, hired for the TGS team’s “Ludachristmas” party. Off-screen, Cannon was a credited writer/producer/story-editor on the series… and she’s since gone on to work as a writer/producer on New Girl, as well as write the screenplays for Pitch Perfect and its sequels (based on a non-fiction book of the same name). Finally, Ming Zhao appears in ep #2.15 as the inexplicably gorgeous ‘Woman in Hotel’ that Kenneth hooks up with (and bravely protects) in Beijing. Oh… and a shout-out to Marceline Hugot who makes her debut as NBC-heiress ‘Kathy Geiss’ this season (ep #2.2/13-15). She doesn’t get any actual dialogue here, but still manages to steal her big scene with Liz, thanks to a cunningly concealed toy car…