A Quote About Quotas… 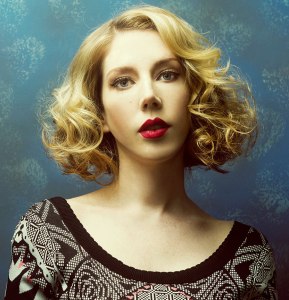 The topic of “affirmative action” is trending again at the moment, as a storm brews over this year’s all-white Oscar nominations… so I thought I’d share this tidbit I read while “researching” my post about Katherine Ryan yesterday. To block-quote from a recent Telegraph piece about the top-class comedienne:

“For as long as anyone can remember, female comedians have been denied the same level of exposure as their male counterparts. Since February [2014], the BBC has attempted to address the problem by banning all-male line-ups on panel shows such as Mock the Week and Have I Got News For You. The decision has not been universally popular: Mock the Week presenter Dara Ó Briain argued that any female comedian on a panel “will suddenly look like the token woman”. But something is working. Over the past few years, comedians including Sarah Millican, Josie Long, Sara Pascoe and 2013 Foster’s Edinburgh Comedy Award-winner Bridget Christie have finally started getting the recognition – both on television and on the live circuit – that their material deserves…

You can now add to that list the name of Katherine Ryan… [who] has become a panel-show regular, her cut-throat contributions making a mockery of the “token woman” tag… “I got into comedy at exactly the right moment,” she says… “It’s like the dotcom people who started working for Microsoft in the Eighties. All of a sudden, the industry went, ‘We need some female comedians, are there any of them?’ and you put your hand up and you’re like, ‘I’ve been quietly working away at this for 10 years.’”

Sooo… if the BBC hadn’t initiated and enforced a quota for female panelists, then Ryan might never have achieved the level of recognition she’s currently enjoying, and I wouldn’t have gotten to see her perform live in my hometown. To me that’s undeniable proof that “positive discrimination” is a force for good in our world!

A comic book writer with an interest in feminism, philosophy, and affirmative action. He/him.
View all posts by Dee CrowSeer →
This entry was posted in Rants about Stand-Up, Rants about TV and tagged Affirmative Action, Feminism, Katherine Ryan. Bookmark the permalink.
Loading Comments...