“You Sure You’re Old Enough To Drive?” 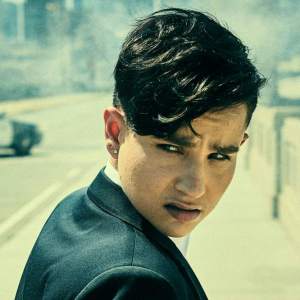 The premise of Fox’s new modern-day-cowboy cop-show Deputy is patently absurd*, with an insubordinate Deputy Sergeant being hastily sworn in as Los Angeles County’s (Acting) Sheriff, after the sudden death of his superior… and its politics are all-over-the-shop, with him acting like a typically macho, red-meat-chewing, scenery-destroying lawman when it comes to catching certain perps, while also cheerfully putting his own career on the line to protect illegal immigrants from deportation, and enthusiastically accepting various minority characters into his extended “family”… and the first episode is a haphazard mess, overstuffing a feature-film’s worth of plotting into half the necessary screentime (as pilots often do, I know)… but, dammit, I still had a good time watching it, and I’m hooked in for at least another couple weeks, thanks largely to an assured lead performance by Stephen Dorff, and the sparky rapport he has with baby-faced badass Bex Taylor-Klaus, who plays his character’s “practically perfect” driver/bodyguard! If I were still in the fan-art game, she’d be next on my “to draw” list f’sure!

Sadly, the real critics don’t seem to share my enthusiasm, and I can’t help thinking the show’s flagrant “wokeness” is going to deter a sizable portion of its potential audience, so I wouldn’t want to wager on how many episodes will actually make it to air…

———–
* Though not nearly as implausible as the premise of Banshee, and that show ran for four seasons!