Oopsie! What with Halloween (yay!), the new lockdown (boo!), the American election (yay!), and a crisis with my current scriptwriting project (boo!), I kinda let my blogging “obligations” slip… so here, for my millions of adoring readers (ho ho), is a quick note of some of the funnest content I consumed over the last couple months (in no particular order):

– Amber Ruffin appeared on Late Night with Seth Meyers, to proclaim that she’s “Living Her Best 14-Year-Old Boy Life During Quarantine”, and also give some behind-the-scenes insight into her own talk show (The Amber Ruffin Show, which is highly recommended). Meanwhile, Drunk History’s YouTube channel honoured her with a “Best Of” compilation, featuring clips from ep #2.1, in which she slurred her way through the story of how young bus-segregation-protester Claudette Colvin (Mariah Wilson) inspired Rosa Parks (Lisa Bonet)… ep #5.1, in which she told the story of the Civil War’s “Angel of the Battlefield” Clara Barton (Mandy Moore)… and ep #6.4, in which she told the story of the Little Rock Nine’s fight to integrate their Arkansas school (starring Amandla Stenberg as Elizabeth Eckford)… but nothing from ep #4.3, in which she delighted in the story of Carrie Nation (Vanessa Bayer) “smashing saloons to smithereens”! Also this week, Allure invited Ruffin to provide a (slightly sloppy, but very upbeat and amusing) “10 Minute Nail Routine” for their channel.

– Babymetal posted a video for “BxMxC”, a track from last year’s Metal Galaxy album, that saw them, er, battling shadow-demons with their killer dance moves and digitally-altered vocals? Fun! 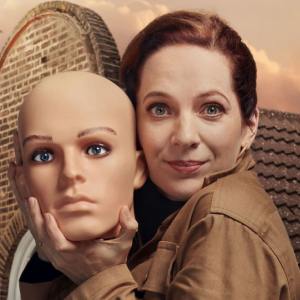 – Taskmaster returned for a 10th series, having now decamped from Dave to Ch4… and the show’s format remained much the same, although Coronavirus-related restrictions did mean that social-distancing had to be maintained during certain tasks, as well as the studio segments. This year the (stubbornly uneven) panellists included Daisy May Cooper, Johnny Vegas, Mawaan Rizwan, Richard Herring, and (my favourite) Katherine Parkinson.*

– Superstore returned for a super-topical (sixth) season, successfully bringing some levity to their depiction of a chain-store’s staff adjustment to the “new normal” of face-masks, plastic shields, and hand-sanitiser-hoarding. Although it was sad to see ‘Amy’ (America Ferrera) depart in the opening episodes, I’m hoping it will mean an increased amount of screentime for ‘Cheyenne’ (Nichole Sakura (nee “Bloom”)), who has now stepped into her shoes as “floor supervisor”. Fingers-crossed!

– Michelle Buteau starred in her own Netflix special, Welcome to Buteaupia (2020), which was a very funny, very rude exploration of “parenthood, cultural difference, and the overlooked value of short men.” Top stuff.

– Sarah Cooper made her big “small-screen”-acting debut as the star of Everything’s Fine, a satirical sketch-show-special directed by Natasha Lyonne, who managed to wrangle an ace supporting cast including Aubrey Plaza, Winona Ryder,  and Jane Lynch! Still, Cooper proves that she’s a very capable comic actress in her own right, as she portrays a variety of characters, including the slowly unravelling host of a “breezy” morning news show, and ably holds her own while sharing a screen with the veteran scene-stealers…

– Supernatural reached the end of its run… and [SPOILER!] I’m assuming that ‘Becky Rosen’ (Emily Perkins) did return/resurrect in the penultimate episode along with everyone else who’d been Thanos’d out of existence, but she only appeared onscreen as part of a mass flashback clip montage. Boo! However, ET Canada have posted a socially-distanced/dual interview with Perkins and Katharine Isabelle to mark the 20th Anniversary of Ginger Snaps (2000), which is apparently going to be remade as a TV series…!? (Note: The click-baity title of the video is “‘Ginger Snaps’ Stars Share Whether They Will Appear In TV Reboot”, which is very misleading, as all they really say is that they’d like to be in it, not whether they actually will/won’t be in it. Tch!).

– I finished watching the first season of Be Cool, Scooby-Doo! (2015), which applies a Family-Guy-esque aesthetic and sense of absurdity to the time-tested characters and (fake)-monster-hunting tropes. I’m a long-time ‘Velma’ fanboy (especially when she’s voiced by Kate Micucci), but this version of ‘Daphne’ (Grey Griffin) almost edged her out of my affections, with all of her madcap antics (such as casually deciding to wear a beard about town, or practice life-saving puppetry)… and I loved how they kept referring back to her previous stunts in later episodes, to give it a sense of continuity.

– Aaand my Halloween-y movie of choice was Happy Death Day (2017), starring Jessica Rothe as the initially-off-putting-but-eventually-adorable anti-heroine of a “feel good” horror-flick that has been succinctly described as “Groundhog Day meets Scream“. I thought it was a barrel of heart-warming fun, even though I made the dumb-ass mistake of watching the trailer for the sequel first, which totally spoils the whodunnit mystery at the core of this story, so… yeah… don’t do that!

* Not my favourite to win, of course, because she’s terrible at the actual tasks… but she’s always very poised and gracious about it… bless her…