Just a quick note of some of the funnest content I consumed last month (in no particular order):

– Fender (the guitar people) posted a socially-distanced chat with Corin Tucker and Carrie Brownstein (of Sleater-Kinney) about how their song “A New Wave” came into being. Although I didn’t understand a lot of the technical-talk, it’s heartening to see how much joy they still get out of making music together, after all these years. Many, many years ago I heard a radio DJ (possibly Mark Radcliffe?) talking about how silly it is for songs to simply fade out at the end of recordings, because if the band plan to play those songs live then they’re still going to have to figure out how to end them properly… and I always think of that whenever a song ends on a fade-out, so it’s great to see Brownstein discussing that very issue here, and joking about possible solutions.

– Sumo Cyco produced a very colourful (potentially seizure-inducing) video for their new single “No Surrender”, with lead singer Skye Sweetnam playing four separate characters… so, kudos on the hair and costuming, though I think Harley Quinn’s lawyers might have a thing or two to say about the “red-haired roller-girl” look!

– The reliably hilarious Taskmaster returned for its 11th series (though only its 2nd on Ch4, since deserting Dave), which continued the in-studio social-distancing, and boasted Charlotte Ritchie, Jamali Maddix, Lee Mack, Mike Wozniak, and Sarah Kendall as panellists. I know there’s still plenty weeks to go, but so far Wozniak is probably my favourite, both to win and to watch. 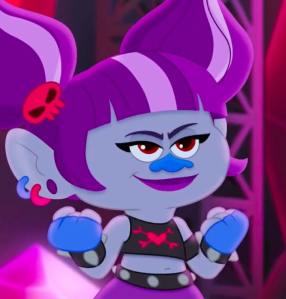 – I finally finished the first season of Trolls: Trollstopia (2020), after rationing myself to one episode a week, only to realise that the second season has already started on PeacockTV! D’oh! This flash-animated series is a direct sequel to Trolls World Tour (2020), picking up the story with ‘Poppy’ (voiced here by Amanda Leighton) inviting all of the different music-genre-themed tribes to send their ambassadors to live/learn/laugh together in a specially-built village, called “TrollsTopia”. Naturally, my fave character is ‘Val Thundershock’, a Hard Rock Troll voiced by Lauren Mayhew, though I also have a soft spot for ‘Holly Darlin’’, a Country-and-Western Troll voiced by Megan Hilty. Each episode features separate stories, focussing on different tribes/characters/conflicts, and I have to admit to skipping through any that Val didn’t appear in… but the (grudging) friendship that developed between her and Poppy was very sweet, and a major sub-plot throughout the season, so I caught plenty of the series overall, and found it to be very amusing, and extremely efficient at warming this old, grey heart of mine.

– Nova Twins scored two shout-outs as part of Alternative Press’s celebration of International Women’s Day… ranking in both their “10 women and non-binary pop-punk bands who are taking over the genre” listicle and “10 rising all-female bands making waves across each alternative sub-genre” listicle! The subtitle for the latter was “A woman’s place is in the music industry”, and amen to that! Although I was familiar with a couple of the other bands mentioned, such as pop-punkers Bad Cop/Bad Cop, most of them were new to me, so I’m grateful for all the new leads to follow… 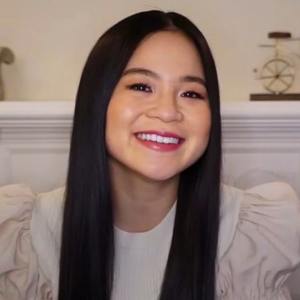 – Elle challenged Awkwafina and Kelly Marie Tran to guess “Who Said That?”, matching isolated lines of dialogue to previous co-stars, including a couple from their current high-profile project, Raya and the Last Dragon (2021)… and I can’t help feeling sorry for any parents who have to steer their kids away from checking out the rapper’s earlier work, after watching her playing an adorable dragon in that Disney flick… her tracks really aren’t very child-friendly! The artist-formerly-known-as-Nora later went solo to chat with InStyle Editor-in-Chief Laura Brown about various “firsts” in her life/career, including her break-through hit “My Vag”. Ahem.

– St. Patrick’s Day inspired me to revisit the work of my favourite Irish singer (and arguably one of the most entertaining front-people of all-time) Róisín Murphy… not only are there plenty mind-bending Moloko viddies to enjoy on the web, Murphy has also been posting “live” performances of tracks from her latest chart-topper Róisín Machine, to keep the locked-down masses entertained. Bless ‘er.

– Garbage released a video for their sweary new single “The Men Who Rule The World”, to herald the upcoming release of their album No Gods No Masters on June 11th.

– As part of their “Festival of Funny” season, the Beeb posted recent stand-up specials by Rose Matafeo (“Horndog”) and Fern Brady (“Power & Chaos”), who have very different vibes but are equally hilarious, imho. There’s also a selection of shorts, including the brilliant horror-comedy skit “Asparagus Tips”, starring Cariad Lloyd.

– Before Superstore‘s tear-jerking series finale aired, the main cast (including America Ferrera, Lauren Ash, Nichole Sakura, and Kaliko Kauahi) shared some of their favourite memories from their time together… played their own game of “Who Said That?”… and gave us a glimpse of their original “casting tapes”, from back in the day. Various other retrospective vids have been posted to the show’s Facebook page, and there’s also a compilation of extra unused interview footage of Sakura responding to unheard questions and drumming-up support for the proposed “Bo & Cheyenne” spin-off, which is sadly a non-starter for now. I have slightly mixed feelings about that, because I always enjoyed Johnny Pemberton‘s appearances on the show, and hoped that ‘Bo’ would keep his job at the store once he landed one, but I’m not sure if he was ever really “main character” material, y’know?

– [SPOILERS!] Kathryn Hahn talked to Seth Meyers about the fan-reaction to her scene-stealing heel-turn in WandaVision, and how her kids helped acclimatise her to the MCU… then ponders the contrast between playing a super-powerful witch (with her own catchy theme song!) on-screen, while spending her off-screen time cleaning up foster-cat poop. Ew.

– Oh, and I’m reliably informed that Jonathan Demme’s Caged Heat (1974), starring Erica Gavin, Rainbeaux Smith, and Barbara Steele, is now streaming for free on Pluto TV, so yay for that! Now I just wish Arrow (or whoever) would release a fancy DVD/BR edition, with all the trimmings…